The world has been moving increasingly towards greater inter-connectivity through trade, infrastructure, communications and migration. Marshall McLuhan’s famous book The Global Village (1992) captured the sense of a world seemingly moving closer together as the Cold War ended and, for a time, the United States of America was left as the world’s only Superpower. It seemed that the liberal utopian vision articulated by Emmanuel Kant in his To Perpetual Peace: A Philosophical Sketch (1795), written during the wars which accompanied the French Revolution, was coming within reach.

Criticism of globalisation as a vehicle to perpetuate Western global dominance had been growing ever louder but, with the end of the Cold War and the implosion of the Soviet Union, nothing appeared to be able to challenge the ‘New World Order’ articulated by (amongst others) President George H.W. Bush to a joint session of Congress on 11th September 1990. For a time the seeming benefits of the ‘Global Village’, both economic and ethical, drowned out oppositional voices in the Minority and Majority Worlds. Yet, over the last two decades a series of ‘shocks’ have undermined confidence in that vision.

Economically, the effects of the ‘Downturn’ of 2008 brought into question the fundamental premise that democracy and capitalism were necessary ‘goods’ that went hand in hand. That questioning manifested in movements such as Occupy Wall Street in the United States. At the same time this internal, Minority World questioning was taking place, the economic rise of Communist China presented a clear alternative to the relationship between freedom and wealth creation that had been axiomatic in the Minority World for three centuries.

Within the Minority World, questions have been asked about our views of ourselves and our understandings of our past. Movements such as Black Lives Matter and #MeToo, both of which erupted from high-profile incidents that lit touch-papers on long-simmering tensions, have divided societies on both sides of the Atlantic. Populism has thrived as debates about identity and culture have been raging. In some places, particularly Britain, it looks to have had profound long-term effects and in the United States it led to the election of a man whose campaign was based specifically on a substantively anti-globalist message.

Over the past two years, the rapid spread of COVID-19 around the world has brought about changing patterns of behaviour, particularly those related to work and travel, forcing borders to close and governments of whatever political persuasion, liberal or authoritarian, to impose restrictions on their citizens. The implications of these actions will be discussed for decades to come, but the principles of behaviour these actions have established are profound in their implications and, in the short term at least, have brought another challenge to globalisation with questions about food and health security as well as free cross-border movement.

Finally the most recent (and currently ongoing) challenge to globalisation has been Russia’s invasion of Ukraine. It has brought sharply into focus something already being seen in the actions and rhetoric of Salafiyya movements across the Muslim-majority world and the rise of Hindu Nationalism on the Subcontinent: that alternative visions of regional and global orders are not simply the aspiration of a few ‘fringe’ groups or thinkers, but are the deeply held convictions of state actors who reject the premises upon which the internal order has developed.

In so doing, the programme will engage with ethical and theoretical constructs to help us to understand better the thinking behind the differing dynamics we are examining.

Politics, Philosophy, and Economics (PPE) is a combined interdisciplinary area of study which has been taught at the University of Oxford since the early 20th century to equip students with the breadth of expertise required to understand and influence the world around us.

This course would suit undergraduate or entry-level postgraduate Social Sciences and Humanities students, especially those with a background in Politics, Philosophy, Economics, Development Studies, Human Geography, or International Relations.

By studying this course, you will:

• Develop knowledge and understanding of the economic processes and impacts of globalisation.
• Develop understanding of populist political movements around the world, and develop country-specific knowledge of select populist parties or movements.
• Be able to critically assess contemporary philosophical and political engagements with the concept of personal identity.

7.5 EC
LMH Summer Programmes are designed to be eligible for credit, and we recommend the award of 7.5 ECTS / 4 US / 15 CATS for this course.

• All tuition, including lectures, seminars, and tutorials.
• Assessment, transcript of academic performance, and certificate.
• A co-curricular programme of skills workshops and guest speakers.
• Access to the Lady Margaret Hall College Library.
• Bed & Breakfast accommodation throughout your programme.
• Lunch and dinner in the College Dining Hall Monday to Friday.
• A full Social & Cultural Programme, including two excursions to other English cities.
• A high-quality printed class photograph.
• Formal Graduation banquet.

Students benefit from savings when they combine courses to create a 6-9 week programme. 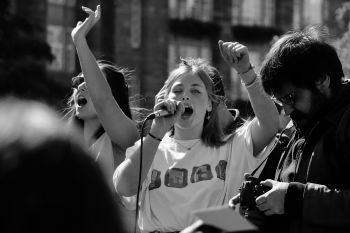