Rethinking the culture of tolerance

The new three-year project of the School, started in 2017, concerns the concept and practice of (in)tolerance across European societies in the light of the thirtieth anniversary of the fall of the Berlin Wall. After the 2017 Programme on “Europe, Borders and Migrations” (East Sarajevo and Sarajevo), and the 2018 Programme on Groups, Conflicts and Reconciliation (Milan), the title of the sixth edition in 2019 will be “The European Integration after the Fall of the Berlin Wall”. (Sarajevo and East Sarajevo, Mostar).
The topic regards the question of social, political and cultural transformation of the Eastern and Western European societies with a specific concern towards the post-communist countries involved in the process of accession and association with the EU.
The fall of the Berlin wall has brought a new quality, but also new problems, into the relationship between these two parts of Europe, since the Iron Curtain lost its symbolic and effective power. The School will thus discuss the European model of democracy, and its strengths and fragilities.

EUR 250: It covers tuition, teaching materials and tutoring services.
EUR 0: Access to the Summer School will be free of any fee for selected students from Bosnia and Herzegovina, Serbia, Montenegro, Macedonia, Kosovo and Albania. 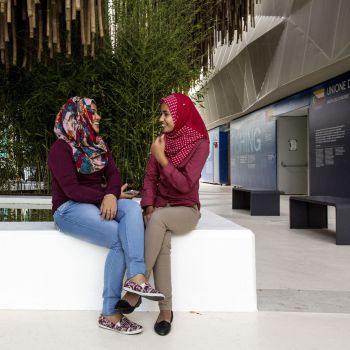